On the heels of Black Friday, it’s no surprise to see a blowout savings event pop up on Toronto’s fashionable Queen Street West. The surprise however comes upon closer inspection. Furious Fur’s ‘Wild Savings Event’ drew shoppers to the store where they discovered clever twists on familiar discount slogans, revealing that this sales event wasn’t about saving money, but rather, the millions of animals killed every year in the fur trade. 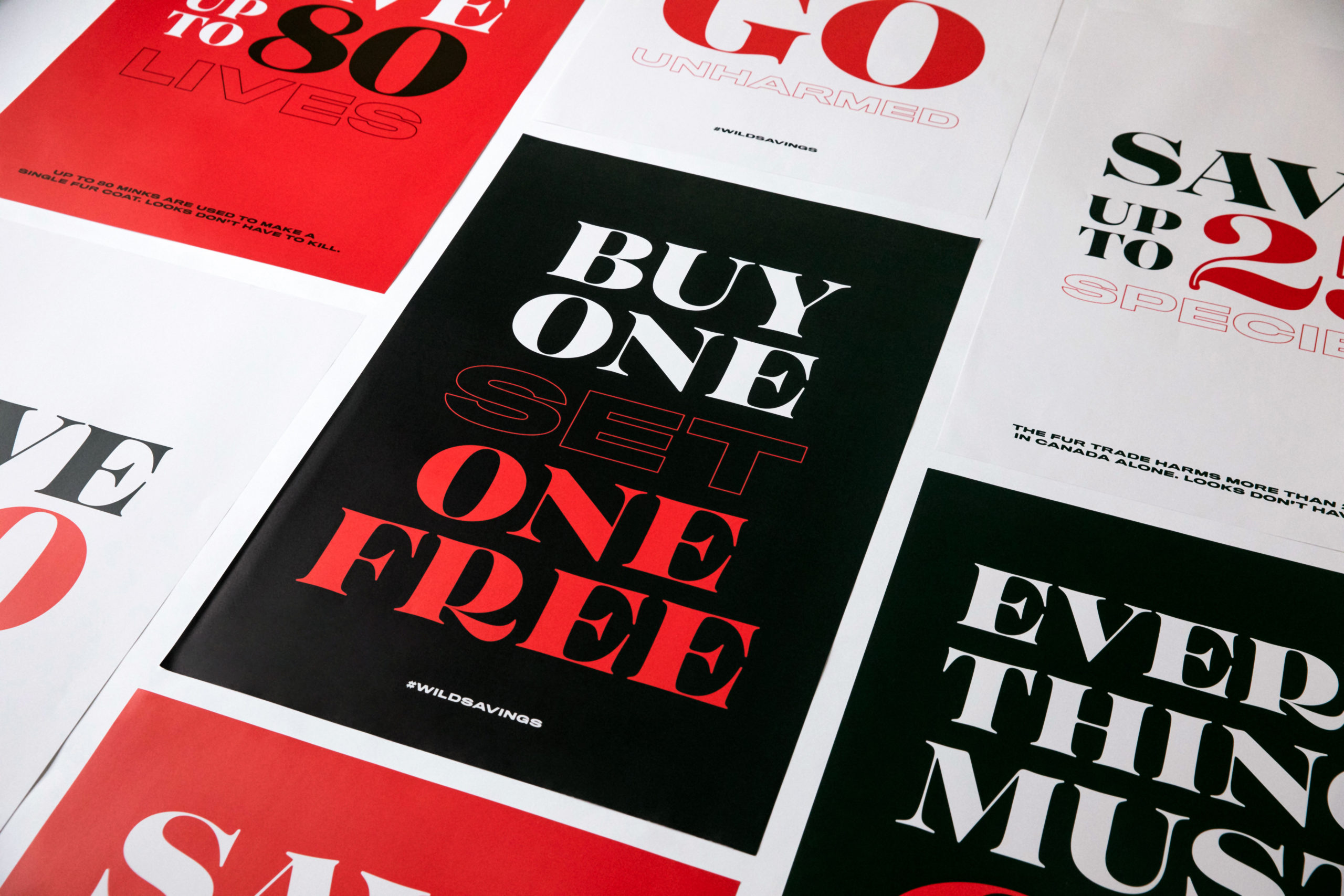 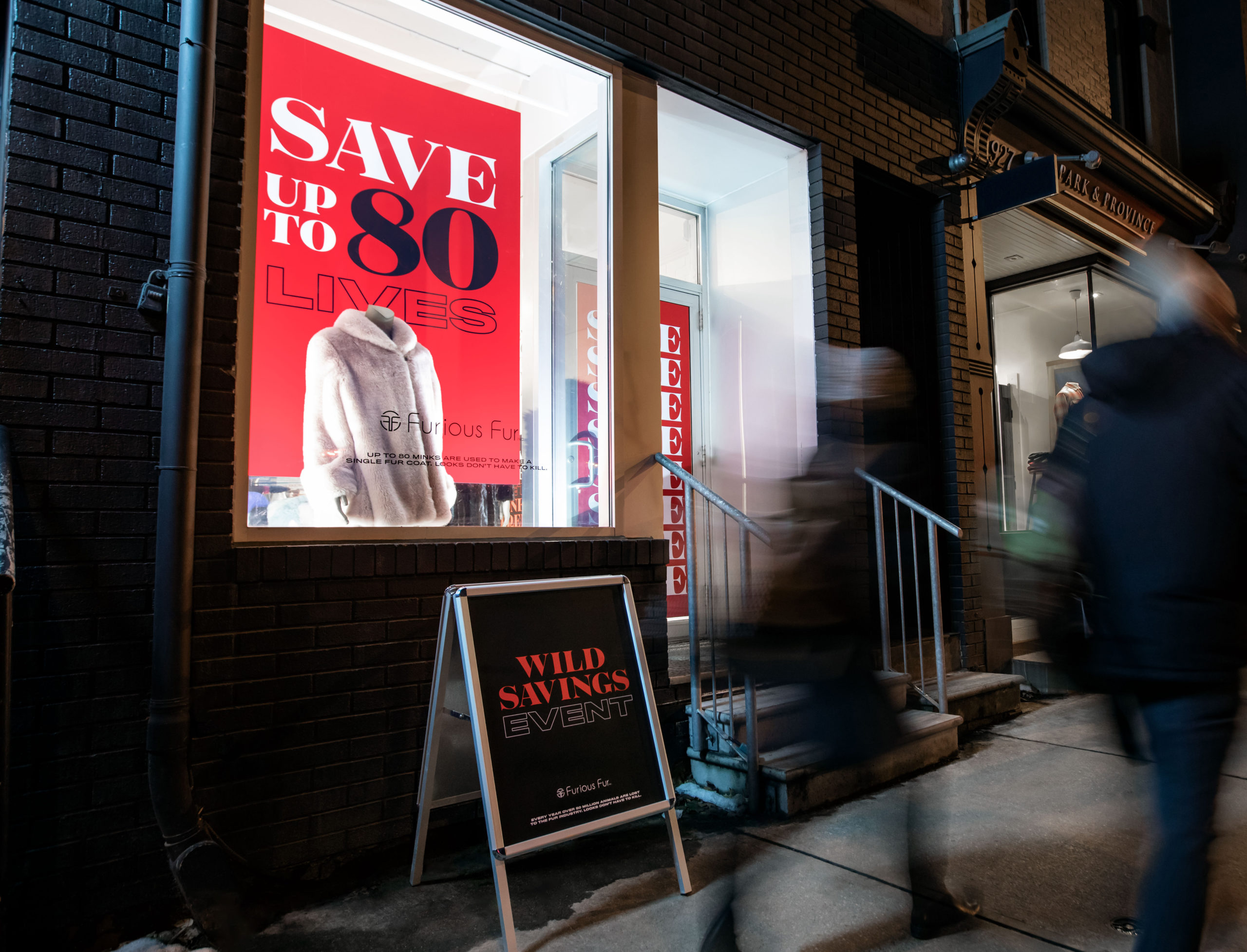 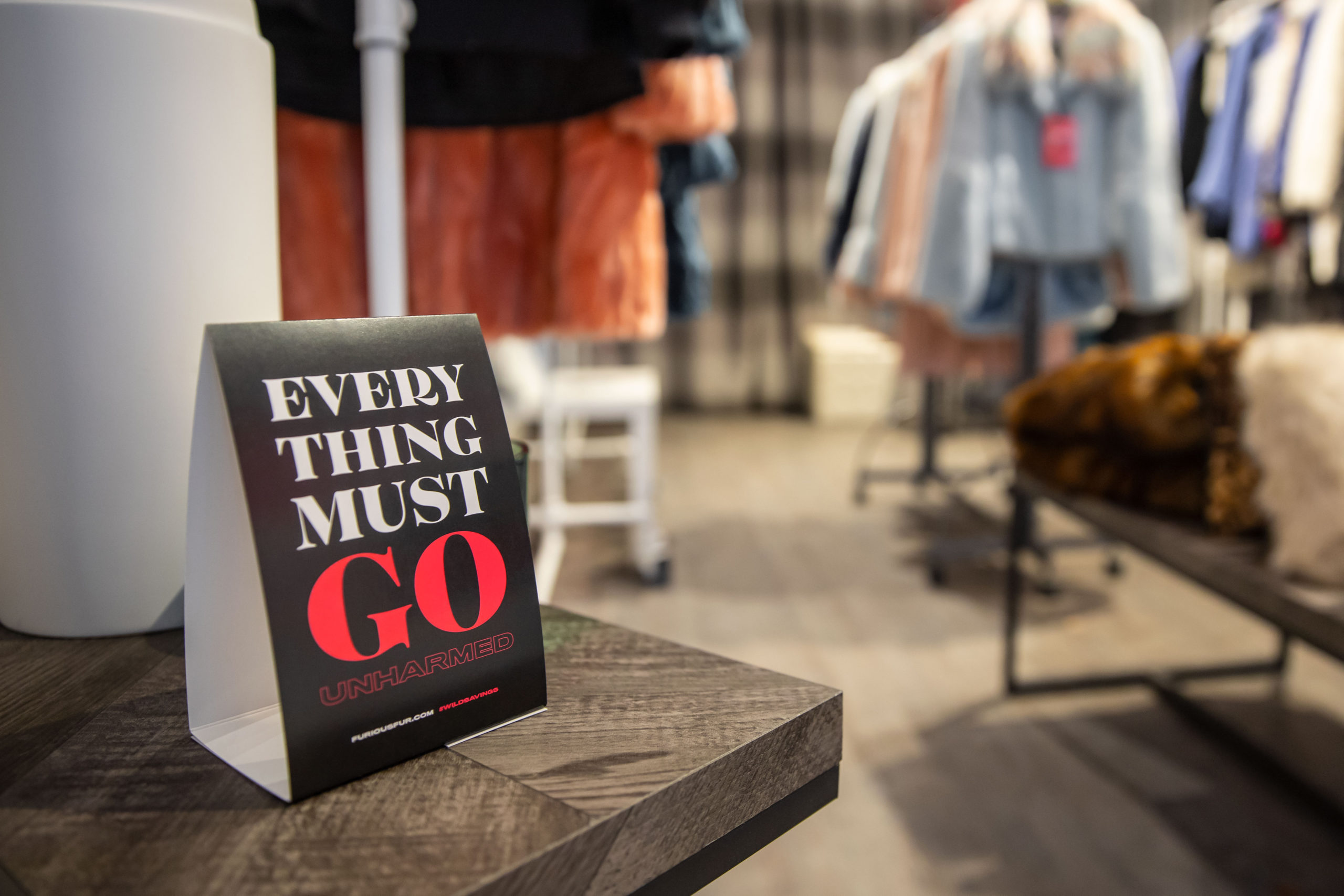 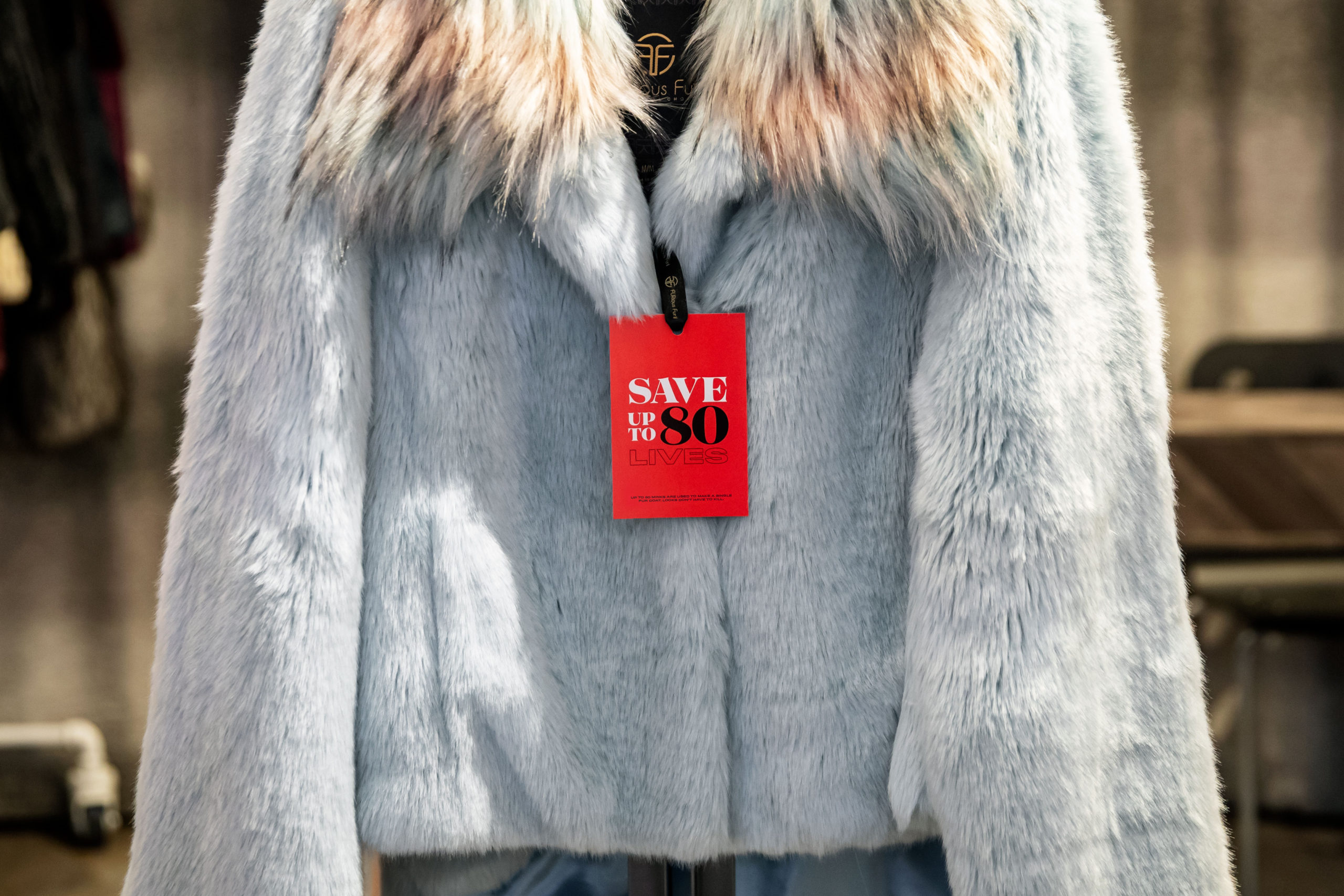 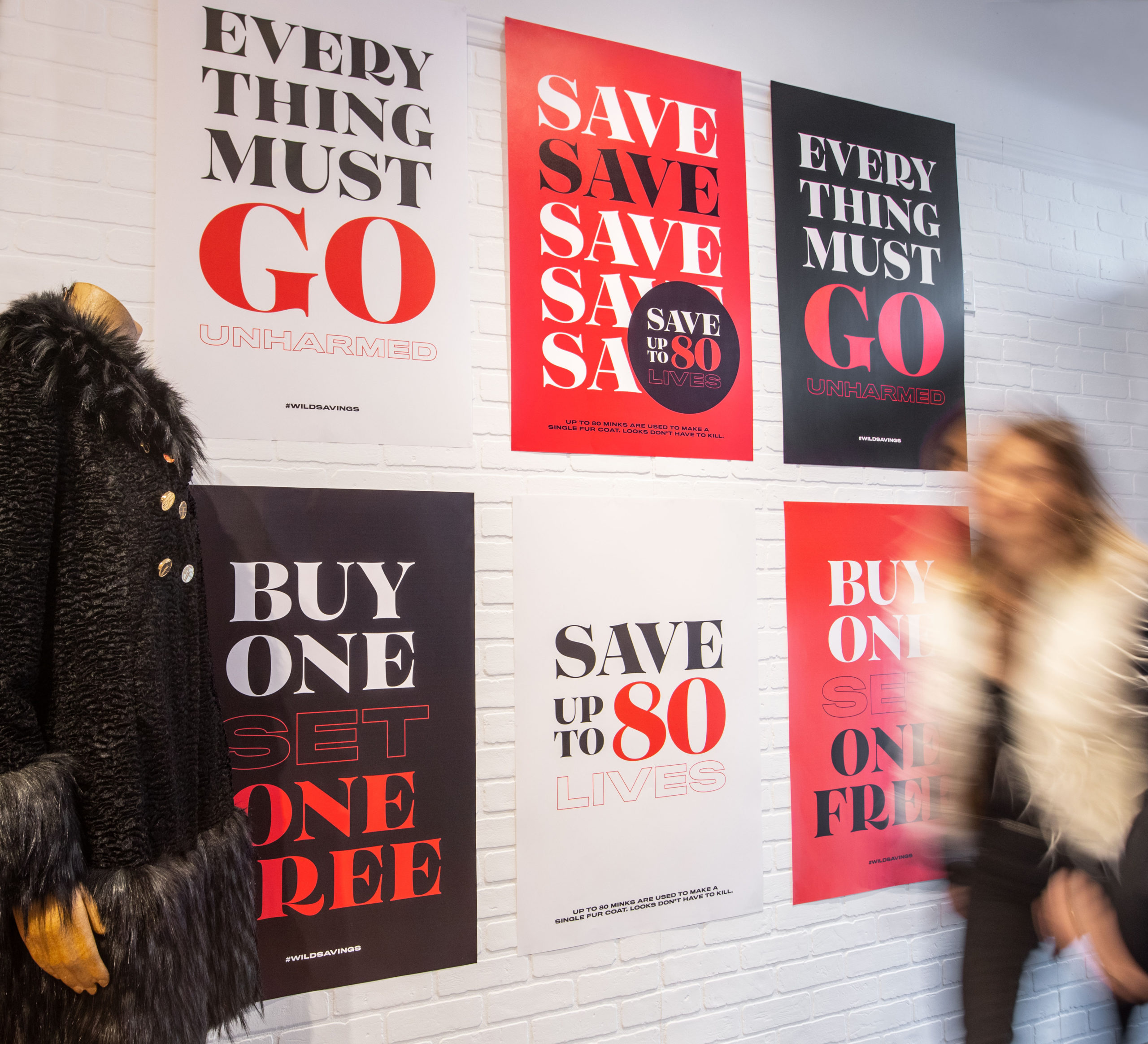 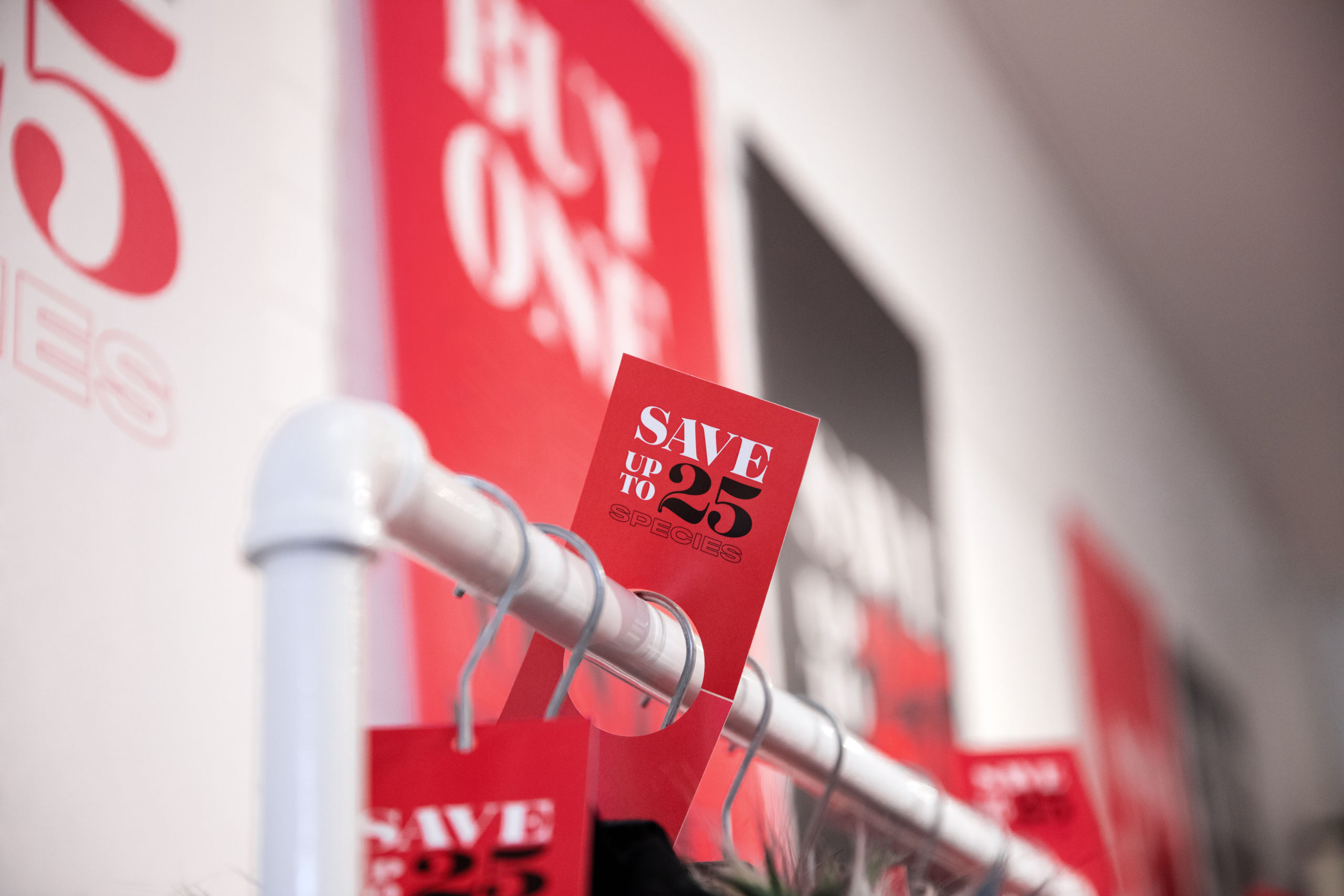