Identity for Eunite (pronounced "you-nite"), a Canadian food and ingregredient company. Eunite is an idea. It is a movement. It is a chance to change the way we think about food. Eunite gives the consumer the opportunity to push back against the traditional food industry as we know it today.

Eunite's first launched ingredient is Eunite Protein Flour and is made from nutritious, sustainable Euglena. Euglena is an ancient, non-GMO microorganism you probably heard of in biology class, but didn’t know it could be a protein-rich food ingredient, until now. Plant-based with 6g of vegan protein per serving and is cholesterol-free. It is also soy-free, a source of complete protein and sustainably produced.

Logo design was Inpired by mitochondria, the powerhouses of cells, known for playing a vital role in the conversion of energy from food into energy for biological processes. 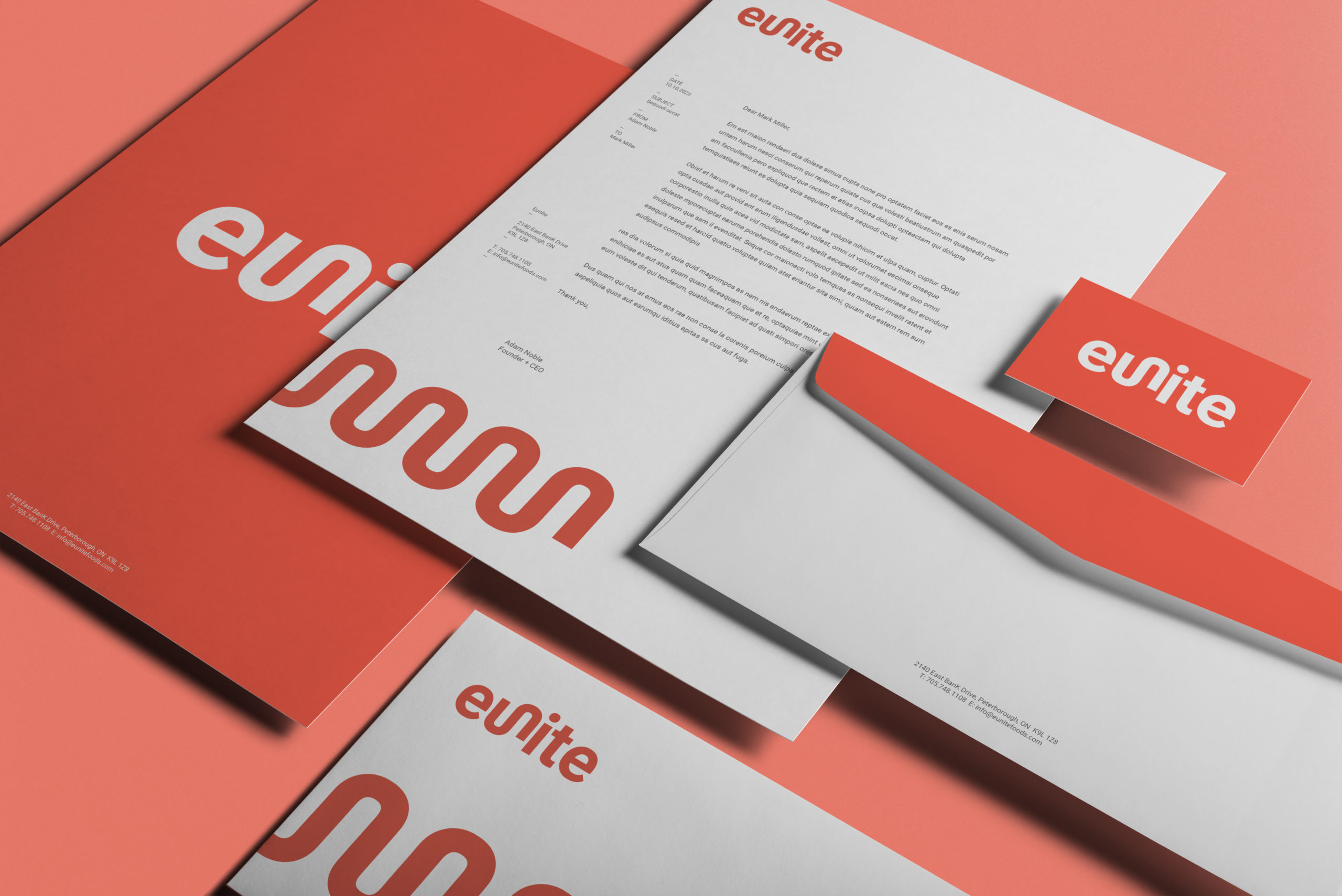